How to repurpose the furlough scheme to launch individual skills accounts

It is rare these days for governments to get much credit for anything. But the urgency and efficiency in which the Coronavirus Job Retention Scheme (CJRS) was first devised and then rolled out to millions of businesses and the self-employed was an amazing feat of both imagination and inspired delivery. (The same perhaps can’t be said about other aspects of the government’s handling of coronavirus but that is not for this article).

In future, historians may look back at the massive external shock caused by the pandemic to our society and conclude that the CJRS was the British civil service at its very best.

It was their “finest hour”, to quote Churchill.

There will be others who will point to how so often in the public sector, officials can get the implementation of big bang policies so spectacularly wrong. You only have to mention the failed NHS patient computer records project, Universal Credit and even the Apprenticeship Levy roll-out in some circles to solicit a deep frown or a sharp intake of breath.

In 2002, I was working in the Department for Education and Skills when ministers took the decision to close down the Individual Learning Accounts (ILAs) scheme, after it became apparent just how much fraud was going on.

Of course, this was long before encrypted technologies such as blockchain and secure virtual currencies like Bitcoin came into being. In many ways, ILAs were a policy idea just too far ahead of their time. They floundered on execution and limited technology, not on the key principle of putting the “purchasing power” for lifelong learning into the hands of individuals. That empowering mechanism was the most popular and revolutionary part.

Never before had the state entrusted individuals with their own money to purchase from training providers what they felt they needed. Just as, never before, has the state paid 80 per cent of the wages of individuals into a furlough scheme to stave off overnight mass unemployment.

Most people accept that the furlough scheme cannot carry on forever. The tapering of the wage costs will reduce to 60 per cent by September, with this vital life support due to be switched off by October. No doubt the debate will continue over the summer about what comes next.

One thing, however, is clear. The genie of the state reverse engineering financial support to employment and business sectors is now completely out of the bottle.

A dual system of financial collection and distribution

Traditionally, we have seen Her Majesty’s Revenue and Customs (HMRC) as a one-way collection system to levy and collect taxes. With the exception of tax credits in the welfare system, HMRC has not ventured into the business of being a secure distributor of funds directly to employees, the self-employed and firms via the tax system.

The Apprenticeship Levy is a good example of a dual system of financial collection and distribution. The state levies taxes via payrolls of firms that exceed pay bills of £3 million, and it ‘gifts’ back an amount (currently 0.5% of the wage bill) in the form of a secure digital currency that Levy paying firms can then use towards accredited apprenticeship training. For all intents and purposes, this is the same operating principle of the CJRS, except the furlough scheme currency, has been distributed to individuals in hard cash.

All this opens up an amazing opportunity to empower citizens in the post-COVID world. Every person who is legally entitled to work or set up a business in the United Kingdom must have a Unique Tax Reference (UTR) number. These numbers are used by HMRC on self-assessment returns and by firms for paying corporate dues. All the information can be corroborated with national insurance numbers and PAYE databases in real-time.

The IESA would become the transmission mechanism to pay to all post-19 adult learners the funds they needed to purchase education and skills training. For example, loans and maintenance support to attend university; wage subsidies for those in apprenticeships; or maintenance payments to keep students in FE or to help adults retrain for a new career.

To avoid destabilising FE colleges, 16-19 funding for full-time study or apprenticeships would continue to be paid as a grant by the Education Skills Funding Agency (ESFA). But all other learners over the age of 19, including apprentices and trainees, would receive state support via their IESA. Such a system would do away with the need for the Student Loans Company and it would cut out a lot of other bureaucracy too; exactly the kind of annoying institutional red tape associated with administering the £20 billion per annum, that as a nation, we currently spend on FE and HE.

The key thing about this model is that it straight forwardly builds on the systems already set up by HMRC to administer the CJRS and the Apprenticeship Levy. In other words, every individual and firm is given an IESA. What they receive in these accounts depends on what the state decides it should and wants to pay for. There is nothing to stop employers or individuals further topping up these accounts using tax breaks in an organised model of “co-payments.”

For example, take a 20-year-old who works in the NHS as a trainee nurse. The state would pay 100 per cent of all the training and wage costs into the individual’s account so they can secure an earn and learn apprenticeship. Likewise, the money that students need to attend a university course would be paid into an IESA. The virtual currency would be transferred by the individual, on enrolment, similar to how BACs works now, directly into the university or training provider’s bank account. Fraud would be prevented by using blockchain technology to verify each and every transaction.

On lifelong learning, take a person aged 49-years-old, having recently lost their job in the coronavirus affected airline industry. Perhaps they are looking to retrain as a software developer. In this scenario, the person would be entitled to a learning allowance of up to £3,000 to spend on accredited training at a coding boot-camp, only repayable once they started work and their earnings rose above £21,000 per year. The same principles of a virtual currency would apply to ensure no fraud could take place, since all the receiving institutions of the funds would be accredited by the state with clawback potential and stiff penalties where wrongdoing was found.

The most important principle of all is that monies for post-19 education and training would in future be channeled via the individual or the employer and not paid directly from the state to education institutions via quangos (as is the case now). The big problem with the state-provider-quango model is that it turns the government into the customer of these institutions. In turn, the providers – colleges, universities and private training providers, then lobby the government (their customer) for specific education and skills funds which they want their members to financially benefit from.

In practice, it means that major mismatches occur, because what civil servants and college administrators want to spend the funds on may not coincide with what individuals actually want to learn; and neither does it help equip a lot of people with really marketable and productive skills. Just look at all the surveys of skills gaps and shortage areas to understand that our current model is broken.

Crucially, these highly paternalistic systems of state-provider-quango too often fail to result in what the economy and the labour market needs over the economic cycle or when a major shock like COVID-19 has occurred. If the current model of skills acquisition and delivery is so good, then why does the British economy so systematically underperform?

The problem of the ‘low skills equilibrium’ has been the Achilles heel of British education and training policy since the IMF bailouts of the 1970s. The state has taken the view since then that the way to address deep-seated problems in our skills and productivity base is to simply expand the supply of institutions and pay them to enrol more and more students and trainees.

Politicians have a kind of blind faith that if you pump enough money into the supply of skills it will result in real demand and improved economic performance.

What policymakers should be doing, particularly in an age when ordinary citizens want to “take back control” from faceless bureaucracies, is to trust individuals via an IESA to make the right choices for both them and their families. The vast majority of adults are not imbeciles, they know that they need to pursue opportunities; and they certainly will invest, via an IESA, in things that will optimises their chances of fulfilling their dreams.

Of course, informed decision making could be made even more possible if the government could finally sort out a proper universal adult careers service. The way to achieve this objective would be to allow the IESA’s to be used by individuals to buy expert advice in a managed and regulated open market, just as financial advisors operate in the pensions system now.

Above all, it is time we did away with the statist, top-down approach to FE and post-compulsory education. We’ve been on this track for 40 years and it has manifestly failed at every level. Sector commentators mistakenly say that the problem is that we’ve had a market-led approach during that period so it is time for the state to start “nationalising” provision.

I think the idea that we’ve had too many market forces in post-compulsory education and training is a complete nonsense. Our problem has been that we don’t know who the customer is when it comes to fulfilling the nation’s skills needs. In practice, the customer has become the government.

That’s why we have such a panoply of quangos and regulation in this space. It’s interesting that FE lobbying organisations spend nearly all of their time trying to influence ministers and MPs. They rarely launch campaigns to try and influence parents and learners.

The introduction of education skills accounts like IESA’s would be a total game-changer. The real customer in post-19 learning would become the individual, not the institution. 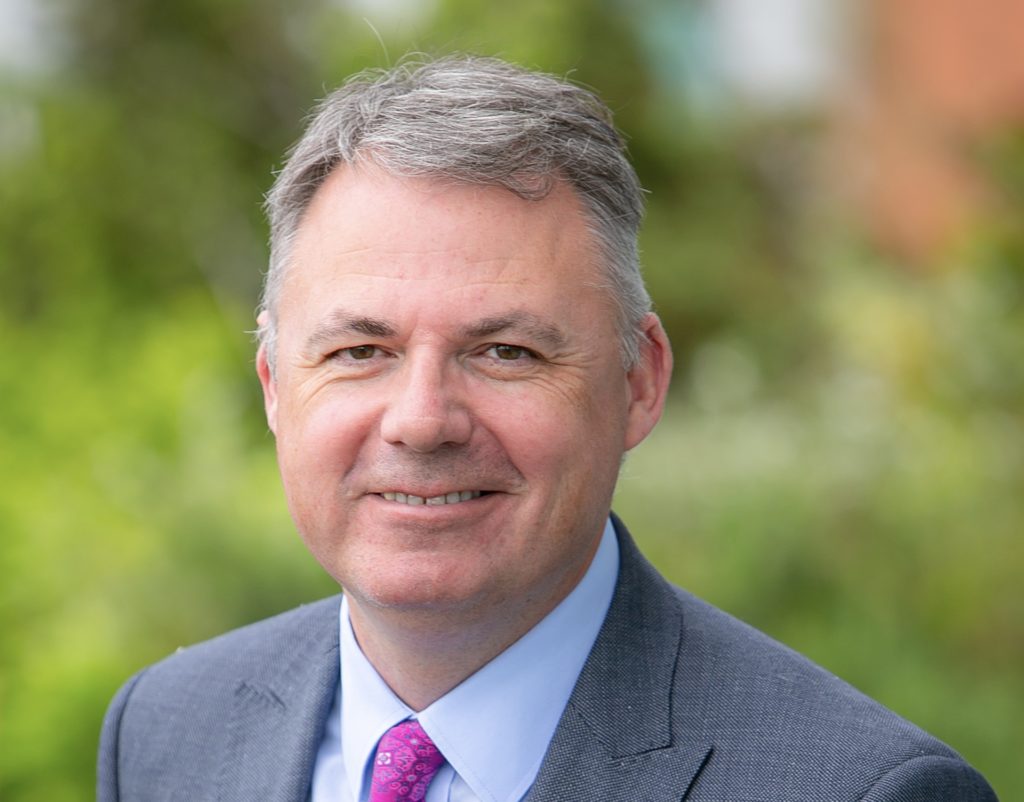