Federation of Awarding Bodies response to the Skills Commission inquiry on apprenticeships and social mobility, September 2017

The Federation supports the aims of improving the nation?s productivity and social mobility by creating the world?s leading technical and professional skills sector, providing employers with the skilled staff they require, and employees with recognised, valued and accredited transferable skills through a system that is open to all and provides good value to the taxpayer. It is vital that high quality apprenticeships are available to a wide and inclusive range of learners in society who can benefit from the opportunities provided by this route to learning and work.

The BIS Research Paper 195 provides evidence of the impact apprenticeships can have on the earnings of those who achieve them and concluded that ?At L2 and L3 we estimate significant and substantial earnings returns, together with significantly lower probabilities that achievers will be on benefits.? This demonstrates the potential that apprenticeships have, how they can impact on the lives of learners and why it is important that they can be accessed by a wide range of learners in society.
Skills Commission/Apps/sept 2017/FINAL

Do you think there are any barriers to disadvantaged young people accessing apprenticeships?

The Federation believes there are a number of barriers to young people accessing apprenticeships, including:

Careers advice and guidance ? to be able to take advantage of the opportunities offered by apprenticeships, young people need to be provided with up to date and impartial information on the range of opportunities available to them. The concerns about careers advice and guidance in relation to apprenticeships have featured in many reports, including the Social Mobility Commissions June 2017 report, A Time for Change and the All Party Parliamentary Group Report on Apprenticeships 2016-17 which recommended that ?schools and colleges should provide better information as part of a reformed careers advice service which proactively encourages young people to take up an apprenticeship?.

At a sector level, a recent research report by Keir (Averting a ?90bn GDP Crisis, September 2017) on the built environment sector highlights many of the issues related to careers advice in schools and found that over two thirds of parents (74%) surveyed agreed that current careers advice is still tailored to steer children into higher education. The research concluded that ?the UK?s current careers advice service is a potential threat to vocational training, and puts the whole agenda of harnessing apprenticeships and developing an effective T-Levels programme in jeopardy.?

Financial considerations – many young people in society will feel the need to start earning a wage early on in their lives to support themselves and/or their families. Apprenticeships may offer a more attractive option than university for these young people as they are a paid job combined with the opportunity to develop skills in a specific job role. However, even though apprentices are ?employed? their salary levels can be relatively low. Recent research by the University of Sheffield (August 2017) found that ?apprenticeships may not be a viable option for poorer families as the payment for apprentices is currently well below the National Minimum Wage and considerably below the London Living Wage? and that ?Without improvements in pay for apprentices, there will be large groups of students who are unable to access apprenticeships, as the salary will not cover their living costs. Coupled with reductions in other benefits for young people, this undermines some of the aims of the apprenticeships programme.?

Ideally action is needed to ensure the wage levels for apprentices are at a level where an apprentice could support themselves (either at the national minimum or, preferably at the national living wage level). The All Party Parliamentary Group Report on Apprenticeships 2016-17 recommended that apprentice pay should be raised in line with their level of experience and qualification as they progress in their role to ensure that the apprentice route is attractive to as many people as possible.

Alternatively, consideration should be given to making loans available to support apprentices with the costs of transport and living costs whilst on programme. The Federation believes that access to maintenance loans would support apprentices who need to move away from home to take up an apprenticeship vacancy that may be in a sector that is not well-serviced by vacancies in their local area. It would also help to promote apprentice programmes as comparable to a Higher Education pathway.

Funding ? the national funding system needs to support learners from a range of backgrounds and ensure that providers who work with and support the most disadvantaged in society are given a fair opportunity to access funding through a clear, fit-for-purpose funding process. Thee has recently been some concern expressed by the chief executive of the Third Sector National Learning Alliance in an open letter where he expressed his concerns about the adult education budget procurement process, and how the ?national procurement exercise would lack the granularity to identify provision which was addressing the needs of the most disadvantaged and excluded in local communities and making a real contribution to economic and social well-being?. Sector press has also reported concerns about the Education and Skills Funding Agency?s (ESFA) non-levy apprenticeship tender process. Smaller employers will be non-levy payers and it is crucial that they have access to a system that supports their apprenticeship activity. Large, levy paying employers are important but are just part of the apprenticeships ecosystem which must operate effectively for all sizes of employers.

Availability of an apprenticeship ? as national awareness of apprenticeships grows it is likely that there will be much greater competition for apprenticeships, especially those offered by large, well-known employers such as Rolls Royce, Barclays and PWC. Not all prospective apprentices will want to or be selected for a place on these schemes. It is important that apprenticeships with other, less well-known employers are not seen to be ?second class? in any way. It is crucial that the opportunities provided by smaller businesses are supported and recognised by the system. The All Party Parliamentary Group Report on Apprenticeships 2016-17 recognised this and recommended that government and business should support SMEs to take on more apprentices, particularly those in large businesses? supply chains.

The availability of apprenticeships in SMEs is particularly important to maximise the number of opportunities that are available to young people in their local area, particularly in the context of the financial challenges that undertaking an apprenticeship away from home may present.

Preference for older apprentices – the Social Mobility Commissions June 2017 report, A Time for Change states that ?apprenticeships have become the preserve of adult workers not young people who need them most? and links this to the school system and how ?Exam results have been prioritised over character development, careers advice and employment outcomes – and have been the yardstick against which all parts of the education system have been judged and inspected.? The Federation believes that the implementation of the recommendations of the Wolf Review of Vocational Education (March 2011), which saw a drastic reduction in the number of vocational qualifications that were eligible to be in the Key Stage 4 and 5 performance tables, in tandem with the government?s focus on the achievement of the Ebacc, have not helped to support young people to experience vocational learning in school and establish themselves on a pathway to enter the world of work via the apprenticeship route at a young age.

How well do you think disadvantaged young people progress in apprenticeships? This can either be to a higher- level apprenticeship/qualification or a better paid role within a company.

There has been some criticism in the past of the returns to vocational qualifications, most notably in the Wolf Review of Vocational Education (March 2011, p31) which stated that ?occupationally specific level 2 vocational awards (NVQs) generally offer poor or even negative returns?. However, more recent analysis in the BIS Research Paper 195, building on the work of Buscha and Urwin (2013), which found that ?vocational qualifications provide positive and statistically significant earnings premiums at all levels, with returns particularly high for work-based learning.?

What impact do you think the apprenticeship levy will have?

The Government?s focus on apprenticeships and the commitment to increasing the number of apprenticeship starts to 3 million by 2020 are welcome. However, it is concerning that the 2017 CBI Skills Survey states the ?imposition of the apprenticeship levy is causing businesses to rethink their approach to training: many will use the levy to invest in upskilling their workforce, with two-thirds (63%) planning to reconfigure their existing training into apprenticeships?. This suggests that rather than representing a real growth in skills training and apprenticeship opportunities, much of the activity counted towards the target may well be based on a ?rebadging? of existing training activity. So, although the Government forecasts are that we are on course to meet the 3 million target (Apprenticeship Programme- benefits realisation, July 2017) there does appear to be a risk that this may not deliver any significant increase in skills in the workforce, over and above was already taking place under a different name. The All Party Parliamentary Group Report on Apprenticeships 2016-17 also notes that the government needs to guard against the inappropriate badging of other forms of employer training as an apprenticeship, to safeguard the image and reputation of the apprenticeship brand.

Is there anything additional you think government / employers / training providers could do to boost social mobility in apprenticeships?

English and maths are important for learners and they should continue to feature in apprenticeships. However, it is important to ensure that Functional Skills in maths and English continue to be available for learners who want to develop and demonstrate their skills in these subjects in an applied context. It is also important that the current functional skills reform programme recognises and safeguards for the future the advantages of the current functional skills qualifications, particularly in relation to the flexibility of the assessment mechanisms and the value of contextualised learning and assessment.

The divergence of apprenticeship policy across the 4 nations has caused confusion and is likely to present barriers for national employers, in particular. Greater clarity is required of how national employers can offer apprenticeships seamlessly across all of their UK operating areas. In the absence of a clear, straightforward system there is a risk that national employers may not be able to support the apprenticeship offer across the UK. Clarification is also required of how the devolved nations will continue to support the development and updating of national occupational standards (NOS) as the basis for qualifications within their qualifications and how they will respond to the potential risk of awarding bodies not being able to financially support the development/updating of qualifications for the relatively small markets that usually exist in the devolved nations. This will be a particular concern where the corresponding apprenticeship standard in England does not require a qualification. Lack of clarity on these issues may have an impact on the opportunities available to learners in the devolved nations.

Further information and clarification can be obtained from Ailin O?Cathain, Head of Policy, ailin.ocathain@awarding.org.uk, 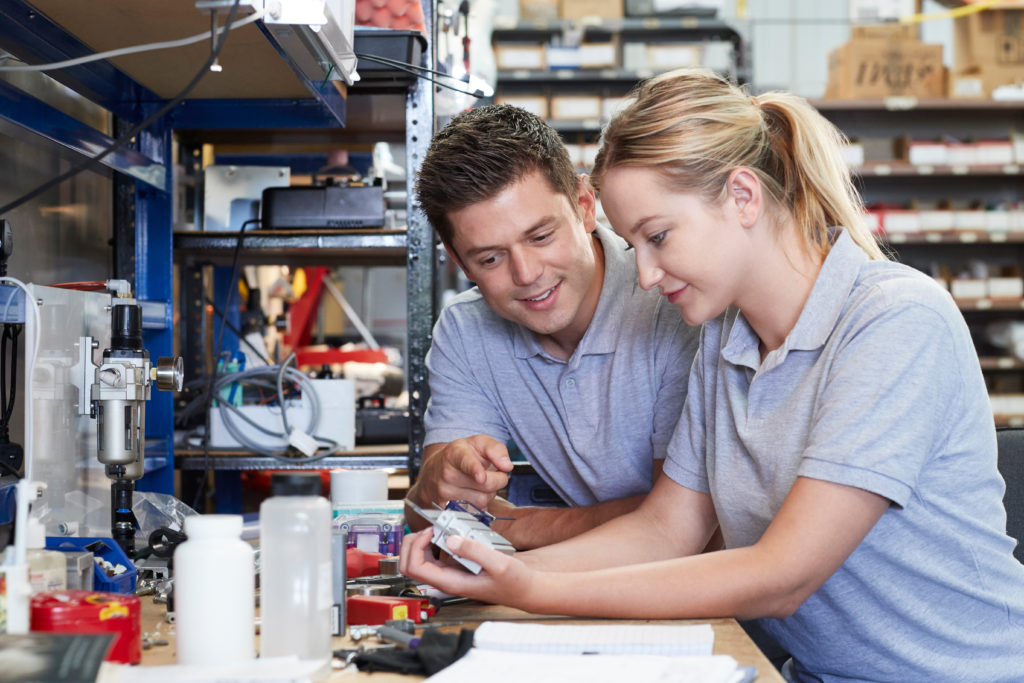