The future of FE starts with three Rs…

The pandemic has unleashed a new wave of forces that we will spend the next decade trying to understand and deal with.

For education, the virus has already resulted in sector leaders implementing five years of technological innovation in just a few weeks. Even if parents demand plenty of face-time teaching, blended-learning education models are beginning to take shape.

Going forward, I’d like to see students being leased a free laptop computer and 4G/5G wi-fi dongle: it would not only narrow the digital divide between the disadvantaged and their wealthier peers, but it could also provide the solution to the decades-old system of communal, sessional exams, where sports halls are requisitioned every summer for in-person invigilation.

If every student had access to exactly the same technology, including secure online proctoring with retina and finger-print recognition capabilities, what’s to prevent all examinations being conducted online in future?

The truth is that we are going to have to look seriously at investing in these kinds of technologies if we want to build more resilience in our exams and end-point-assessment-based methods. While the calculated grades approach has been a necessary stop-gap model to get us through the cancelled examinations this summer, the purely teacher-led assessment is just too much of an imprecise science to be seen as a reliable alternative.

The bigger picture is that the post-16 education and work-based training sector is about to enter an extraordinary period of what I would call the new three R’s – refocusing, rationalisation and resourcing for the future.

It is hard to underplay just how much the world has changed since the start of the year. We’ve gone from talking in terms of record employment levels and skills shortages to concerns about massive joblessness, particularly among young adults.

It is still possible that the economy will bounce back far quicker than some commentators predict. But the country’s long-term skills and productivity gaps have not gone away and ministers and policymakers will need to refocus policy to underpin economic recovery from Covid-19.

The Augar Review report should be shelved, mainly for the reasons that Philip Augar has recently said himself – that the panel’s recommendations require “top-to-bottom reform” of the tertiary education system. Even Augar has repudiated his own central recommendation of reducing university tuition fees to £7,500.

We need to take stock, consolidate on what is there already and rebuild a policy agenda that can be delivered rapidly via existing systems and structures. The most revolutionary aspect of the expected FE white paper in the autumn would be to rule out any major structural changes at all.

Ministers and senior civil servants must not fall into the trap that devising some top-down, state-controlled technical education and skills system is the answer to all our ills – it is manifestly not. Instead, they should build on the sentiment of this democratic age, acknowledge the citizens that want to “take back control”, and devise a policy framework that genuinely empowers learners and employers.

We must avoid the tinkering about with institutional forms like protected status for colleges or wiping out tried and tested qualifications to make way for T levels.

It is hard to imagine that in five years’ time we will have the same number of colleges, independent training providers and assessment bodies as we do now. The digital revolution helps to transcend many of the institutional boundaries once defined by both provider type, location and space.

As the sector’s response to the pandemic has shown, what matters is the building of learning communities and not where the provider might be physically based. It is reasonable to expect a new set of “digital service companies” that will enter the education marketplace over the next decade.

The quality bar also needs to be set far higher than it is now. Take T levels, for example – the government says these are world-class qualifications leading to progression and skilled employment. Yet the Department for Education announced last week that it was lifting the ban on providers rated by Ofsted as “inadequate” delivering them from 2023. This kind of manoeuvring by policymakers does absolutely nothing to inspire trust and public confidence in what should be the new gold standard in technical education.

It smacks of a central bureaucracy more interested in chasing numbers and ticking boxes than in genuinely trying to close the skills and productivity gap.

The test of FE policy should be about the extent to which it demonstrates a clear set of learning outcomes, where government articulates and clarifies what it wants the nation to achieve after the pandemic. With coronavirus resulting in borrowing going through the roof, it cannot be assumed the government will have more than the £20 billion in public funds it already spends on post-compulsory education.

The challenge is not to do more with more, but to do more and different with broadly the same amount of money. The Treasury could help by blowing wide open the monopoly that universities currently enjoy in terms of receiving financial support from the Student Loans Company, and instead combine all that money within a digital account administered via HMRC payrolls and self-assessment returns (eg, for those not in work).

In this scenario, all 18- to 24-year-olds would have a legal right to pursue education, apprenticeships, entrepreneurship and skills training up to level 6. The over-25s would have a retraining allowance, via a digital account, of up to £3,000. It would stimulate a managed provider market, offering accredited qualifications and courses. Young adults would be fully subsidised up to level 4, with co-payment and loans kicking in after that. Older workers’ training allowance would be capped at £3,000 over a lifetime, claimed as a tax credit.

The furlough scheme has shown that the state not only has the means to take money from us as taxpayers but that it can also pay over funds that are secure and targeted.

Why can’t the Education and Skills Funding Agency just extend the digital accounts that levy employers have set up to all post-18 learners and small firms? HMRC- and ESFA-administered skills accounts would place the purchasing power in the hands of the individual in such a way that would transform our tertiary education system almost overnight. The learner would be the customer, not the state. And the tertiary education system would go after consumers of its products, instead of waiting for and reacting to the latest central planning edicts landing from Whitehall or the town hall. 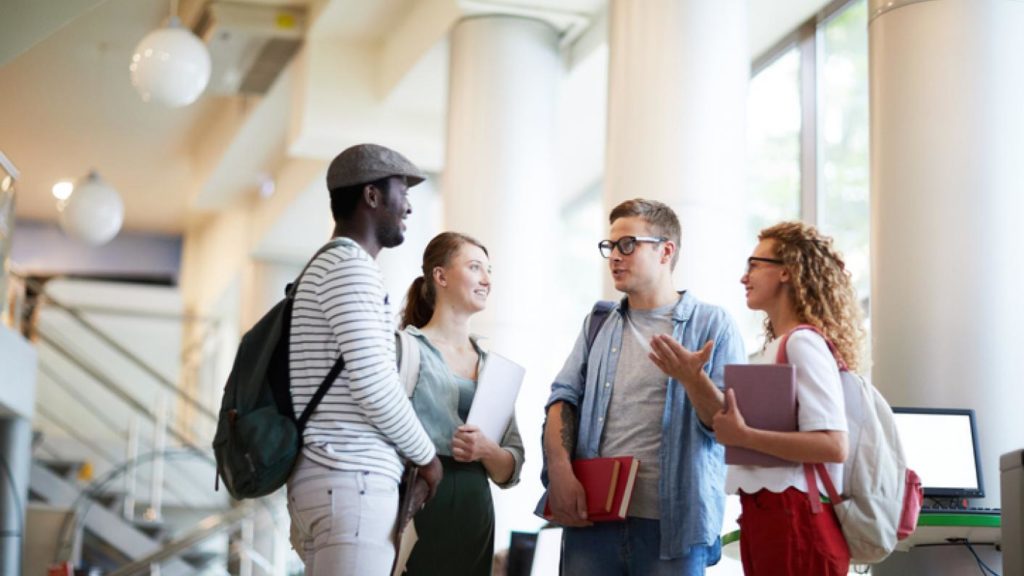