Exposing the disguised academic snobbery of those who work at the heart of Westminster, Tom argues it is about time our elites looked at degrees and vocational qualifications in the same light:

Anyone who turns up to be interviewed on BBC’s Today programme expects to be in for a rough ride. It has become so controversial of late, that even government ministers are refusing to appear.

When I walked into the Beeb’s central London studios recently, I knew exactly what to expect. You really have to do your homework, or risk embarrassment on live national radio. Thankfully, I was prepared.

I had been invited on to talk about the government’s planned abolition of 5000 vocational qualifications.

Many of the 5000 qualifications published within scope of the axe have not certificated since 2015 or attract very low-enrolments. There used to be an annual housekeeping exercise where loads of these qualifications would simply fall out of public recognition without much fuss. Of course, there were some exceptions to this rule, like those courses for students with special educational needs.

In the technocratic world in which a lot of us operate, this exercise is known as the snappily titled Review of Post-16 Qualifications below Level 3 in England. In truth, however, the government is going for the low-hanging fruit. It has kicked the proverbial can, in terms of some of the tougher decisions, further down the road.

On the Today programme, I used the example of a Level 3 qualification in aromatherapy, which has been specially adapted by the charity awarding body VTCT, for use by the National College for the Blind. The award helps those with visual impairment and sensory needs directly access jobs in the spa and therapeutic industries.

Similarly, niche occupational qualifications have always been protected from the cull. For example, there are low enrolment qualifications in specific industries that are driven by regulatory requirements or health and safety legislation.

The seasoned presenter, Justin Webb, was my interrogator. Webb has been one of the “big beasts” of news anchors on the Today programme for over a decade. He is a BBC stalwart, who joined the corporation as a trainee journalist, immediately after graduating from the London School of Economics (LSE).

Whether this is strictly a fair characterisation or not, Webb is a member of the archetypal London-based media and metropolitan elite. Arguably, that’s what a lifetime of looking through the prism of a huge corporation like the BBC does to you. The corporation is stacked full of people who have studied liberal arts and humanities at university.

Predictably, the editorial line was one of questioning the number of vocational qualifications available. The Department for Education’s press release Webb was reading from talked about the removal of “low-value” qualifications and the fact there are currently over 12000 Vocational Technical Qualification (VTQs) that are recognised in England for public support.

“Surely, it is not a bad thing if there are just a handful of [vocational] qualifications for people and we know what they lead to?”, he asked.

I replied: “There are 50,000-degree courses in this country and you haven’t asked a vice-chancellor to sit here in front of you and explain why there are so many degrees.”

At this point, Webb’s eyes lit up. “Aha!”, he volleyed, like the legendary tennis player John McEnroe, committed to one of his outlandish shots, “But a degree is a degree. You sort of know what it is.”

Our exchange revved up a notch: “There are 105 animal science degrees…” I said, without the chance to finish my sentence, “It’s still a BSc!”, he interjected.

A degree is a degree

Notwithstanding the adversarial nature of these interviews, they can still be a lot of fun. On reflection though, I wish I had really taken Justin Webb to task for saying a degree is a degree. It is true, there are over 50,000 individual university courses badged as degrees in the UK, delivered by 164 higher education institutions (which includes some FE colleges).

The term degree, BA (Hons), BSc, or a bachelor’s programme in the United States, is a well understood concept. It usually means attendance at a “bricks and mortar” institution. Lots of parties. Occasionally some lectures, of course, and, on completion of a three-to-four-year study programme, it is customary to put on a gown and mortarboard for those (what appears later in life), quite embarrassing photographs taken at the graduation ceremony.

My point about degree courses is that they are manifestly not all the same, even when called the same title, albeit awarded by competing universities.

Is Webb saying, for example, that his alma mater of the LSE, where admittedly some of world’s top economists and social scientists have been trained, is exactly the same value as an economics degree from the University of Wolverhampton? Because both of these universities offer a BA (Hons) in Economics.

To study economics at Wolverhampton, students require three average A-Level grades or about 96 UCAS points. At the LSE, the admissions criteria are much tougher, with undergraduates typically requiring three A grades at A-Level or 140 UCAS points. Already, the differences in prior attainment of students enrolled at these two universities is quite marked. And the disparities do not end there. In the university league tables, the LSE is ranked the 9th best university in the UK to study and 44th in the global rankings. The corresponding figures for Wolverhampton are 124th in the UK and 801 globally.

To be clear, I’m not arguing that economics degrees at Wolverhampton are no good or should be scrapped. I think that is a judgement ultimately for the students who choose to enrol on their courses. I’m just pointing out that not all degrees are created equal. And that Justin Webb was wrong to say “a degree is a degree”, when manifestly degrees are probably as diverse as the 12000 vocational qualifications he was taking aim at during my early morning interview.

Moreover, the government wouldn’t dream of closing these HE courses down because it fundamentally accepts that, in a democratic society, universities are autonomous awarding bodies. If these institutions can find students to fill seats on their campuses, the argument runs, then government should gladly hand over the £9250 in taxpayer funds (categorised as loans) so that undergraduates can pay the fees to do these courses.

So convinced is our political class of the need to respect the autonomy of universities that in 2015 the Cameron-led government even lifted the HE student numbers cap meaning, in theory, 100 per cent of the population could enrol for a degree and the taxpayer is liable to front up all the costs.

Of course, one real irony of this whole debate is that the LSE can charge its home students no more than those applying to Wolverhampton, despite all the evidence – including post-graduation wage data – pointing to an economics degree from the LSE being worth far more.

Can you think of any other consumer marketplace where the input costs or prices are exactly the same, regardless of the outputs, or consumer benefits?

For example, the salary comparison website emolument.com estimates that the average LSE graduate can expect to earn between £34,000 and £94,000 as a result of studying there. According to the University of Wolverhampton, “the average salary for our leavers in employment is £24,455 per annum”, which is significantly below the national average wage for all employees of £28,677.

When you add the fact that university degree courses are not subject to external regulation and standardisation in the same way as Ofqual regulated VTQs are, you begin to see just how flaky the argument is that somehow all degrees are “sort of the same.”

At least with the 12,000 VTQs, they have all been accepted onto the register using the same standardised regulation. You can’t say that about degree courses.

Allowing market forces to work in the normal way

I’ve made the argument previously, that the Department for Education’s whole obsession with the number of VTQs completely misses the point. It would be like arguing 50,000-degree courses are too many.

This top-down viewpoint of vocational qualifications, formulated by mainly Oxbridge and Russell group educated Whitehall civil servants, runs completely in the opposite direction of how they would dare to treat or even think about the universities. Ministers wouldn’t dream of publishing a list of 5000 degree courses it is planning to axe.

Instead, government allows market forces to work in the normal way. It funds the learners, not the institutions. The same applies to VTQs.

It is learners who are funded to take nationally recognised and regulated vocational qualifications, not the Awarding Organisations themselves.

As I pointed out on the Today programme, the reason the VTQ register has grown to 12,000 is because there is demand, or at some point in the past decade, there has been some demand for these vocational qualifications. Arguing that very similar qualifications, from different awarding bodies, exist for essentially the same ends is a bad thing, is like arguing only the LSE should be able to award economics degrees.

The whole approach taken by the government to the VTQ sector is both disturbing and absurd in equal measure.

Knocking out the competition

Likewise, there is no other way to explain plans to knock out applied general qualifications, like City & Guilds, BTECs and Cambridge Technical awards that might compete with new T-Levels, as anything other than a form of egregious market manipulation.

If the Office for Students was engaging in practices to prevent higher education institutions from offering a similar qualification, we would call this a cartel or a monopoly. Yet, this is precisely what the Department for Education is eventually planning for the roll-out of T-Levels.

Regardless of the market traction of well used and understood applied generals, it is planning to switch off support for these qualifications, particularly if they directly ‘compete’ with the government’s offering. In plain terms, they are hoping to try and shoehorn young people not destined for the academic track to take the new T-Levels or transition them to an apprenticeship. They appear bent on doing this regardless of whether the T-levels are actually any good.

Undoubtedly, T-Levels have their place in a mixed-market economy of qualifications at all ages. Surely what matters is the provision of high-quality choices for all young people aged between 16 and 19 years old.

Instead of simplistically thinking about only three qualification choices (A-Levels, T-Levels and Apprenticeships), we should be perhaps encouraging the development of three high-quality career pathways:

This would enable a wide choice of relevant qualification for domestic use and, crucially, for international exports.

The key thing here is to make sure all publicly supported qualifications, including degree courses, are properly regulated for high quality.

After that, it should be up to the learner, as a customer of the post compulsory education and skills system in England, to make the final choice. Everything else should be left to market forces.

If learners are not taking up qualifications that are recognised by the government, then the taxpayer is not duty bound to pay for them. In any case, the development and maintenance costs of VTQs falls largely on the awarding bodies themselves, not the public purse.

Next time I’m invited onto the Today programme, I’ll make sure to send the presenters a copy of this essay in advance. It really is time that we took on the thinly disguised academic snobbery of both our media and political elites.

You can view the article here. 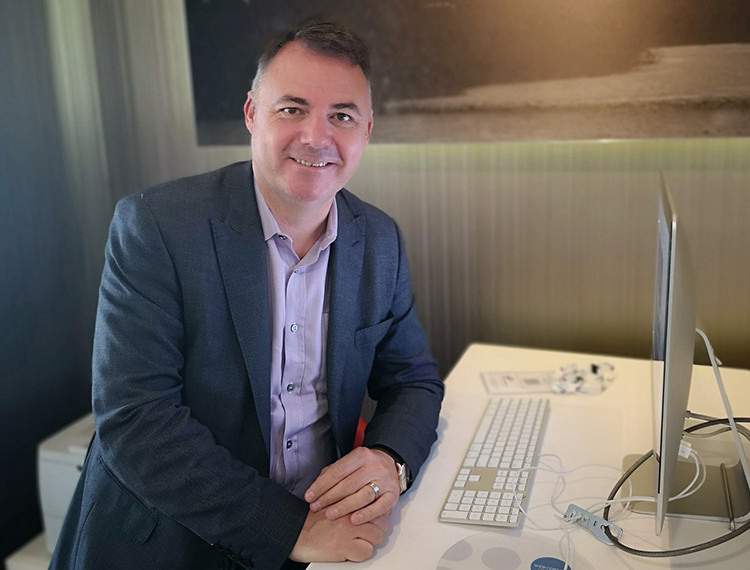